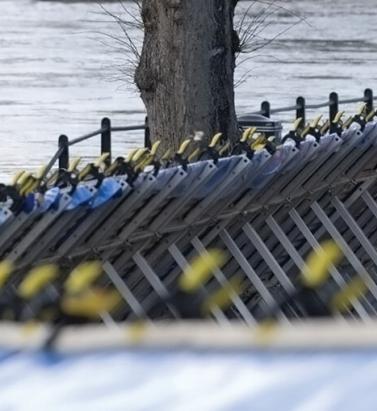 The Value of Defense

Current flood defenses in the U.K. reduce annual losses from river flooding by £1.1 billion, according to research by RMS Flooding is one of the most significant natural hazards for the U.K. with over five million homes and businesses in England at risk of flooding and coastal erosion, according to the Environment Agency.  Flood barrier in Shropshire, England In 2015, the U.K. government announced a six-year, £2.3 billion investment in flood defenses. But the Environment Agency proposes a further annual investment of £1 billion through 2065 to keep pace with the flood-related impacts of climate change and shifts in exposure levels. Critical to targeted flood mitigation investment is understanding the positive impacts of current defenses. In June 2019, Flood Re* released its Investing in Flood Risk Management and Defenses study, conducted by RMS.  Addressing the financial benefits of existing flood defenses for the first time, data from the RMS® Europe Inland Flood HD Model demonstrated that current infrastructure reduced annual losses from riverine flooding by £1.1 billion. This was based on ground-up losses, using the RMS U.K. Economic Exposure Database covering buildings and contents for residential, commercial, industrial and agricultural, plus business interruption losses.  Critical to targeted flood investment is understanding the positive impacts of current defenses “Our flood model incorporates countrywide defense data sourced from the Environment Agency and the Scottish Flood Defence Asset Database,” says Theresa Lederer, a consultant within the RMS capital and resilience solutions team, “including walls, levees and embankments, carefully reviewed and augmented by RMS experts. Our initial model run was with defenses in place, and then, using the in-built model functionality to enter user-defined defense values, we removed these [defenses in place].”  The differences in average annual loss results between the two analyses was £1.1 billion, with losses increasing from £0.7 billion under current defenses to £1.8 billion in the undefended case. The analysis also revealed a differentiated picture of flood risk and defenses at the regional and local levels. “The savings relative to total inland flood risk are more pronounced in Northern Ireland and England (both over a 50 percent reduction in average annual losses) than Scotland and Wales,” she explains. “But when you view the savings relative to surface-water flood risk only, these are similarly significant across the country, with loss reductions exceeding 75 percent in all regions. This reflects the fact that pluvial flooding, which is kept constant in the analysis, is a bigger loss driver in Scotland and Wales, compared to the rest of the U.K.” Other insights included that the more deprived half of the population — based on the U.K. Townsend Deprivation Index — benefited from 70 percent of the loss reduction. The study also showed that while absolute savings were highest for catastrophic events, the proportion of the savings compared to the overall level of loss caused by such events was less significant. “In the case of 1-in-5-year events,” Lederer says, “river flood defenses prevent approximately 70 percent of inland flood losses.  For 1-in-500-year events this drops to 30 percent; however, the absolute value of those 30 percent is far higher than the absolute savings realized in a 1-in-5-year event. “Should the focus of defenses therefore be on providing protection from major flood events, with potential catastrophic impacts even though return on investment might not be as attractive given their infrequency? Or on attritional losses from more frequent events, which might realize savings more frequently but fail to protect from the most severe events? Finding a balanced, data-driven approach to flood defense investment is crucial to ensure the affordability of sustainable flood resilience.”