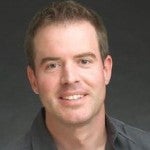 While wind speed can indicate a storm’s damageability, two storms with similar peak wind speeds can cause vastly different levels of damage if they pass over locations with different concentrations of exposure.

This month marks the 15th anniversary of Lothar and Martin. Two powerful storms that tracked violently across Europe on December 26-28, 1999.

The combined European loss of both storms is in excess of $11 billion (2013 values). Since the storms occurred within days of each other it’s difficult to calculate the exact split of damage, however a 70:30 ratio is commonly accepted, ranking Lothar as the second largest Europe windstorm loss on record after Daria (1990).

France was hit hardest by the storms—particularly Paris, which was right in the bullseye of Lothar’s most extreme physical characteristics. The recorded wind speeds in the low-lying regions of Paris were above 160 km/h and as high as 200 km/h at the top of the Eiffel Tower.

While Lothar’s wind speeds are comparable to other historical Europe windstorms, it’s considered an exceptional event for the insurance industry because of its track and the timing of its maximum intensification over Paris. Today, Lothar is a key benchmark used by the industry to understand the potential magnitude of Europe windstorm losses. 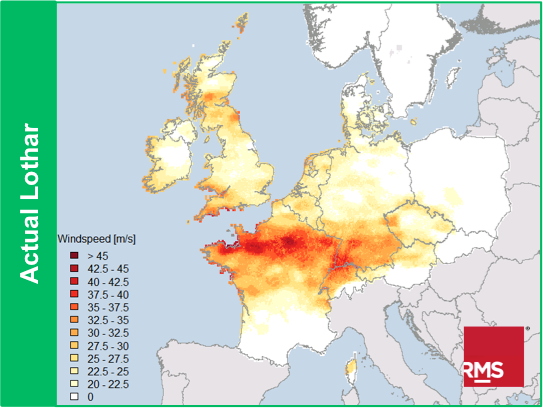 Lothar – a one-off for France?

Many industry experts believe Lothar to be higher than a 100-year return period loss event for France; however this should be interpreted as a long-term average and France could potentially experience a similarly extreme storm this winter.

Using current industry exposures, RMS calculated the potential French losses that would result from a Lothar-like storm striking different locations in France. By relocating Lothar’s peak gusts along points up to 500 km in each direction from their original location, our modelers concluded that Lothar was the fourth worst-case storm that could have happened out of a total of 437 scenarios.

The worst-case scenario for France is a Lothar-like storm relocated approximately 100 km west of the original event but which would still significantly impact Paris. The losses from this scenario are not much higher than Lothar’s. At only 15 percent higher the small increase in loss reinforces Lothar as an exceptional benchmark for the insurance industry. 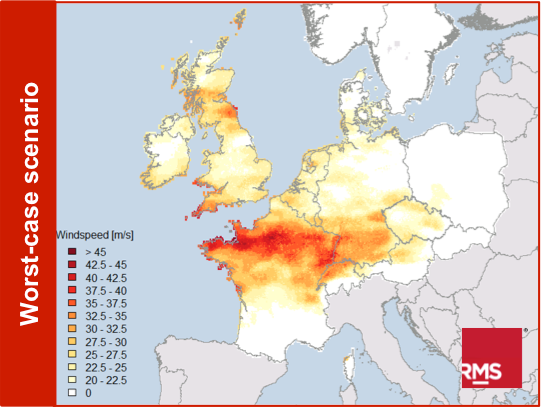 We found that the majority of scenarios in the study produced notably lower losses. This is because the displacement of the storm, by even small distances, meant that the most extreme wind speeds impacted much lower concentrations of insured exposures. The study reinforces our understanding of the sensitivity of windstorm loss to a storm’s path. It also highlights the importance of using a stochastic model containing tens of thousands of events to be able to comprehensively evaluate potential windstorm losses. 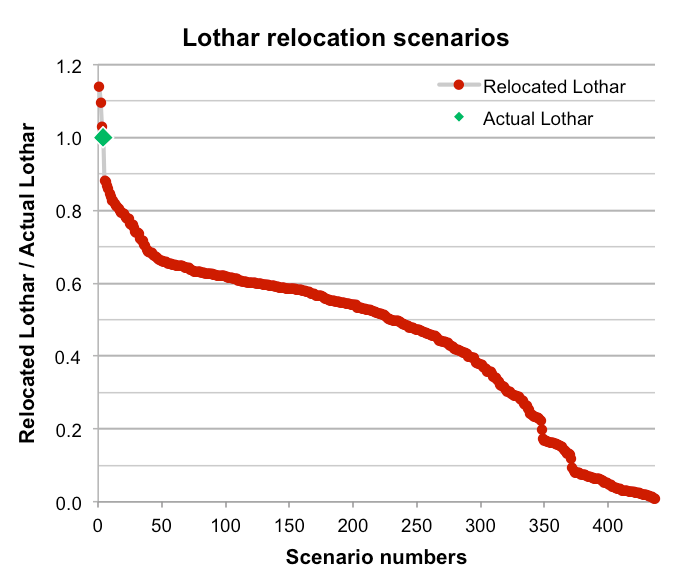 No European city is immune from damaging windstorms. RMS also re-located Lothar over London—only a 350 km shift to the north—to see what the impacts would be. We calculated the insured loss for Europe could be as much as 25 percent higher than Lothar’s losses and potentially bigger than the $8.6 billion loss caused by Daria. 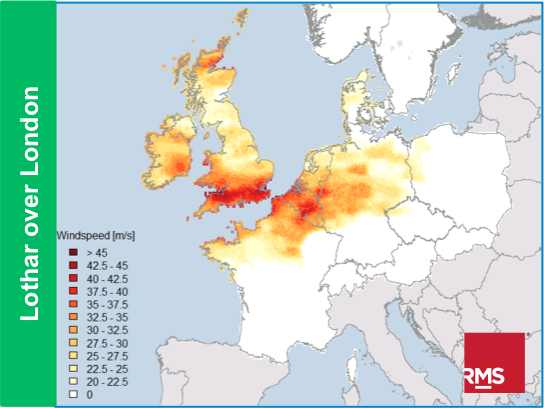 The uncertainty inherent to the climatic phenomena that drive windstorms makes it impossible to forecast exactly when and where the next strong storm will hit France or Europe. However, catastrophe models can at least help to evaluate the potential financial impact of extreme storms like Lothar. 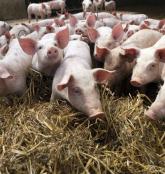 Are (Re)insurers Really Able To Plan For That Rainy Day?

Many (re)insurers may be taken aback by the level of claims arising from floods in the French Riviera on October 3, 2015. The reason? A large proportion of the affected homes and businesses they insure in the area are nowhere near a river or floodplain, so many models failed to identify the possibility of their inundation by rainfall and flash floods. Effective flood modeling must begin with precipitation (rain/snowfall), since river-gauge-based modeling of inland flood risk lacks the ability to cope with extreme peaks of precipitation intensity. Further, a credible flood model must incorporate risk factors as well as the hazard: the nature of the ground, such as its saturation level due to antecedent conditions, and the extent of flood defenses. Failing to provide such critical factor can cause risk to be dramatically miscalculated. A not so sunny Côte d’Azur This was clearly apparent to the RMS event reconnaissance team who visited the affected areas of southern France immediately after the floods. “High-water marks for fluvial flooding from the rivers Brague and Riou de l’Argentiere were at levels over two meters, but flash floodwaters reached heights in excess of one meter in areas well away from the rivers and their floodplains,” reported the team. This caused significant damage to many more ground-floor properties than would have been expected, including structural damage to foundations and scouring caused by fast-floating debris. Damage to vehicles parked in underground carparks was extensive, as many filled with rainwater. Vehicles struck by more than 0.5 meters of water were written off, all as a result of an event that was not modeled by many insurers. The Nice floods show clearly how European flood modeling must be taken to a new level. It is essential that modelers capture the entire temporal precipitation process that leads to floods. Antecedent conditions—primarily the capacity of the soil to absorb water must be considered, since a little additional rainfall may trigger saturation, causing “saturation excess overland flow” (or runoff). This in turn can lead to losses such as those assessed by our event reconnaissance team in Nice. Our modeling team believes that to achieve this new level of understanding, models must be based on continuous hydrological simulations, with a fine time-step discretization; the models must simulate the intensity of rainfall over time and place, at a high level of granularity. We’ve been able to see that models that are not based on continuous precipitation modeling could miss up to 50% of losses that would occur off flood plains, leading to serious underestimation of technical pricing for primary and reinsurance contracts. What’s in a model? When building a flood model, starting from precipitation is fundamental to the reproduction, and therefore the modeling, of realistic spatial correlation patterns between river basins, cities, and other areas of concentrated risks, which are driven by positive relationships between precipitation fields. Such modeling of rainfall may also identify the potential for damage from fluvial events. But credible defenses must also be included in the model. The small, poorly defended river Brague burst its banks due to rainfall, demolishing small structures in the town of Biot. Only a rainfall-based model that considers established defenses can capture this type of damage. Simulated precipitation forms the foundation of RMS inland flood models, which enables representation of both fluvial and pluvial flood risk. Since flood losses are often driven by events outside major river flood plains, such an approach, coupled with an advanced defense model, is the only way to garner a satisfactory view of risk. Visits by our event reconnaissance teams further allow RMS to integrate the latest flood data into models, for example as point validation for hazard and vulnerability. Sluggish growth in European insurance markets presents a challenge for many (re)insurers. Broad underwriting of flood risk presents an opportunity, but demands appropriate modeling solutions. RMS flood products provide just that, by ensuring that the potential for significant loss is well understood, and managed appropriately.…