A Decade Later – Reconsidering The Indian Ocean Earthquake and Tsunami 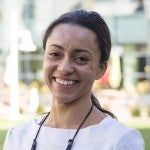 This December marks the 10-year anniversary of the Indian Ocean earthquake and tsunami, a disaster that killed more than 230,000 people in 14 countries. The disaster hit Thailand and Indonesia especially hard and is considered one of the ten worst earthquakes in recorded history based on damages.

In advance of the anniversary on December 26, 2014, Dr. Robert Muir-Wood, RMS chief research officer, and Dr. Patricia Grossi, RMS senior director of global earthquake modeling, hosted their second Reddit Science AMA (Ask Me Anything). Back in October, Muir-Wood and Grossi hosted another AMA on the 25th anniversary of the Loma Prieta earthquake in the San Francisco Bay Area.

The latest Reddit thread generated almost 300 comments. Muir-Wood and Grossi discussed topics including: early warning systems for disasters like tsunamis, what variables are considered in catastrophe models, and if better building design can protect against natural disasters – particularly tsunamis. Highlights of the chat follow:

What kind of structural elements or configurations are best to combat or defend against these disasters?

Muir-Wood: There have been research studies on buildings best able to survive tsunamis. The key is to make them strong (from well engineered reinforced concrete) but with ground floor walls running parallel with the shoreline that are weak, so that the walls can be overwhelmed without threatening the whole building.

Grossi: Early warning systems are excellent tools for reducing the loss of life during an earthquake-induced tsunami event. But education is one of the easiest ways to reduce tsunami life loss. Such education needs to include knowledge of the cause of a tsunami and its association with the largest earthquakes to help individuals understand how their own observations can help them take appropriate action (e.g., seeing the water recede from the coastline). In essence, official warning systems can provide only part of the solution, as information can never be effectively disseminated to everyone along a coastline. With only 10 to 30 minutes warning in the nearfield of major tsunamis, it is imperative that people are taught to take their own action rather than wait for official instruction.

Show me the coolest tsunami video.

Muir-Wood: There are amazing videos of the Japan 2011 tsunami. I wouldn’t pick just one of them – but recommend you watch quite a few – because they are interestingly different. The most amazing feature of the tsunami is the way the water can continue to rise and rise, for five or ten minutes, apparently without end. And then how the people watching the tsunami, climb to higher locations and then realize that if it keeps rising there will be nowhere for them to go.

Was there anything we missed you wanted to discuss? Please let us know in the comments. 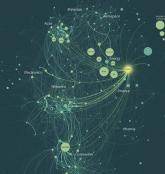 Alexia is a member of the RMS corporate communications team. She is responsible for public relations and influencer relations with a specific focus on developing communications strategies that help to advance RMS’ efforts to increase the world’s resiliency to catastrophe risk.

Alexia has more than 14 years of experience managing public relations for financial services companies, including Moody’s, Genworth Financial and GE Financial Insurance. She joined RMS in 2012 and is based in London.