Starting with a Bang: Autumn Windstorms in Europe 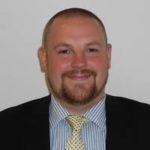 December is fast approaching, and in much of North America and Europe the crisp days and golden colors of autumn are giving way to a world of sparkling lights, frenzied shoppers, and the sense of merriment that comes with the onset of the festive period. At this time of year, an equally marked transition takes place within the catastrophe risk management community, as the Atlantic hurricane season closes and attention shifts to the onset of the December to February (or, in meteorological parlance, DJF) peak season for European windstorm risk.

However, three notable early season wind events have already impacted Europe during the earlier part of this current windstorm season. These are windstorm Xavier (October 5; Germany, Poland, and Czech Republic), ex-hurricane Ophelia (October 16; Ireland), and windstorm Herwart (October 29; Germany, Poland, Czech Republic, and Austria). The earliest of these, Xavier, formed just one day after the Category Five Hurricane Maria dissipated — at a time when the attention of the global insurance market was firmly focused on the other side of the Atlantic.

Tragically, each of this year’s three early-season events resulted in loss of life. However, across the three events, insured property losses will likely amount to around one billion Euros in total — a relatively gentle reminder that the insurance industry faces significant wind risk on both sides of the Atlantic for several months in autumn.

Although none of this season’s storms have so far been major insurance market events, it is by no means inevitable that early season activity will not lead to major market losses. Both the 2002-3 and 2013-14 windstorm seasons were dominated by billion-Euro events occurring in October (Jeanette and Christian, respectively). Looking further back in history, two of the six most damaging windstorms to have occurred between 1972 and the present (the period for which we have reliable observations) happened before the opening of the peak DJF windstorm season:

November 12-14, 1972: An Atlantic depression, named Quimburga by the Free University of Berlin, intensified over Ireland and U.K. as it moved into a region of sharper temperature gradients produced by a parent cyclone over the Norwegian Sea. By the time it left the east coast of England, it had developed into a significant storm producing some local damage in southern U.K., with a central pressure of 969 hectopascals (hPa).

However, during its short journey over the North Sea to the northwestern German coastline, Quimburga’s central pressure plunged to 953 hPa, fueled by unusually cold air from the parent cyclone and amplified by the seasonably warmer North Sea. Such explosive development led to gusts more than 40 meters per second in built-up areas in northern Germany and the former German Democratic Republic, and gusts above 35 meters per second over a large area including the Benelux region. Lower Saxony got hit hardest, leading to Quimburga’s more usual name: “Lower Saxony Storm”. This event caused more than 50 fatalities, and RMS estimates that if it were to occur today it would cause around €6 billion in insured losses in Europe, with around €5 billion in Germany alone.

October 15-16, 1987: A small disturbance formed in the Bay of Biscay between colder Arctic and much warmer sub-tropical air, then moved quickly to the northeast while rapidly deepening under a particularly strong jet stream. This poorly-forecast system, today known as the “Great Storm of 1987” or “Storm 87J”, attained an estimated minimum pressure of 953 millibars off the Brittany coast and went on to become the deepest measured October cyclone over England in well over 100 years.

It contained maximum onshore gusts of 40 to 50 meters per second in coastal parts of Brittany and southeast England, and over 35 meters per second in the Greater London area. In addition to the great damage caused directly by winds, there was indirect damage from massive tree fall and wind-borne debris, together with unusually high loss amplification as insurance companies struggled to cope with the volume of claims received. RMS estimate that if this event were to occur today insured losses would be around €7 billion.

Beyond reminding us to sharpen our focus on the European region during October and November, the occurrence of such autumnal windstorm activity is also material to our ability to forecast annual windstorm losses, as was outlined in a recent blog post by my colleague Stephen Cusack. Current meteorological research into forecasting North Atlantic seasonal storminess focuses on predicting the DJF-mean of the North Atlantic Oscillation (NAO) index. However, the above historical analysis makes clear that some of the most significant windstorm losses ever experienced occurred outside of this DJF window.

Given this, it should perhaps not be surprising that RMS research (available to RMS clients) shows that while there is reasonable correlation between the skillful forecast variable (DJF-mean NAO index) and insurance losses occurring during the same DJF period, this relationship breaks down when considering losses over 12 month periods most commonly seen for (re)insurance contracts. The correlation between the DJF-mean NAO index and calendar year losses for the period 1972 to present is around 0.13 for Europe (with only Norway and Austria showing correlation above 0.2). It is sobering to think how these correlations represent an upper limit for a hypothetical perfect forecast of the DJF-mean NAO.

The storms this past October remind us that huge storms have occurred outside meteorological winter in the recent past. These non-winter storms are part of the reason why DJF-mean NAO has very limited practical value for management of insurance industry windstorm risk.

Friederike/David: The Day Our Luck Ran Out?

Eleanor/Burglind: Another “Near-miss” for Europe?