Cutting Out Wildfire Risk From the California Electricity Grid

On January 30, Judge William Alsup, district judge for the Northern District of California presided over a hearing to discuss the inclusion of wildfire prevention in a 2016 Probation Order mandated to Pacific Gas and Electric (PG&E) in the aftermath of the 2010 San Bruno gas explosion that left eight dead.

An order to add conditions to their existing probation, filed on January 9, aimed to “…protect the public from further wrongs by the offender, to deter similar wrongs by other utilities, and to promote the rehabilitation of the offender…” The order included the determination from CAL FIRE that PG&E caused 18 wildfires in 2017, with CAL FIRE continuing its investigations into the causes of the more recent Camp Fire last year. 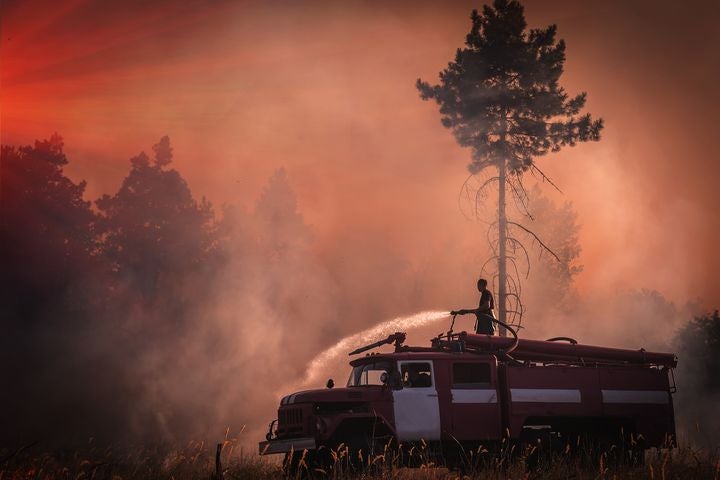 The stated aim of these conditions of probation are “… intended to reduce to zero the number of wildfires caused by PG&E in the 2019 Wildfire Season. This will likely mean having to interrupt service during high-wind events (and possibly at other times) but that inconvenience, irritating as it will be, will pale by comparison to the death and destruction that otherwise might result from PG&E-inflicted wildfires.”

PG&E’s response to the judge’s proposal ran to 542 pages and stated that it would cost as much as US$150 billion per year to comply with his conditions. These costs would have to be covered by ratepayers, with a one-year increase of more than five times the typical utility bill. It questioned the feasibility of the plan, requiring more than 100 million trees to be removed and more than 650,000 employees to work full-time.

The company told the judge that “…the path forward to mitigating wildfire risk is best designed not through probation conditions, but rather through careful coordination with state and federal regulators, after appropriate consultation with other interested parties, based on the best science and engineering advice, with policy analysis that accounts for the full range of important but often conflicting social goals.” There is a valid argument about how conditions in a probation order could be enforced alongside the state and federal regulators.

When the judge raised the issues around the California wildfires in 2018, he said “To my mind, there’s a very clear-cut pattern here: that PG&E is starting these fires. What do we do? Does the judge just turn a blind eye and say, ‘PG&E continue your business as usual. Kill more people by starting more fires?’”

The judge issued a further court filing on February 14, questioning whether PG&E were compliant with state law requiring vegetation to be cleared around power lines, and if it would take ten years to clear potentially dangerous vegetation, as claimed by PG&E. But by March 5, it looked as if Judge Alsup was prepared to settle for a less ambitious plan.

A Plan for California Wildfire

Where do we go from here? PG&E recently submitted its 2019 Wildfire Safety Plan to the California Public Utilities Commission (CPUC), which details their planned actions for the year ahead. It will remove 375,000 trees in 2019 and inspect 685,000 transmission poles in high-risk areas within five months in addition to its regular inspections. PG&E will also expand its Public Safety Shutoff Program when conditions are dangerous.

What is clear is that wildfire risk has been heightened, and conditions for catastrophic wildfires persist. The new RMS® U.S. Wildfire HD model, part of the RMS North America Wildfire HD Models suite, probabilistically captures these “perfect” conditions, from fuel load and slope to humidity and wind-driven ember accumulations. Most importantly, it quantifies how all this affects structures.

“Vegetation Management” is a huge task for PG&E, and where trees need to be felled, they can face opposition from homeowners and environmentalists who do not want to see forests being cleared along power lines.

Many of the power lines themselves were inherited by PG&E from a multitude of municipal utilities that fell on hard times. Making radical improvements to 125,000 miles of power line will require consumer willingness to pay, given that the costliest safety improvements, such as undergrounding, insulation, and using metal poles instead of wood, can cost up to US$1 million per mile.

The judge, the regulators, and PG&E, are all proposing comprehensive solutions to stop power lines starting wildfires in California, but it seems as if it is a circle that is impossible to square up. Consumers demand three things of their power utility: low cost electricity, no fires, and no power interruptions. We cannot have all three – therefore, hard choices must be made.

Is It Time to Break up With Your Deficient Risk Scoring Analytics?

The Art and Science of Loss Reserving

Chris Folkman is a senior director of product management at RMS, where he is responsible for specialty lines including terrorism, casualty, wildfire, marine cargo, industrial facilities, and builders' risk. He has extensive experience on both the broker and carrier sides of insurance, where he has led many aspects of property and casualty operations including underwriting, pricing, predictive analytics, regulatory affairs, and third-party commercial coverage and claims.

Prior to RMS, he was a managing director at CompWest Insurance Company, a workers’ compensation start-up that was acquired by Blue Cross Blue Shield of Michigan. Chris holds a bachelor's degree from Stanford University. He is a licensed insurance broker and a Chartered Property and Casualty Underwriter (CPCU).