The Value of Flood Protection: Quantifying the Benefits of Defenses Along U.K. Rivers 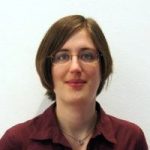 Whenever the U.K. is hit by major flooding, attention quickly turns to the performance of the nation’s flood defenses. Some defenses, such as London’s Thames Barrier, are regularly recognized for their vital role in protecting people and property. The value of other mitigation measures, however, has been frequently challenged, such as when defenses failed to prevent significant flooding in Cumbria during storm Desmond in 2015. 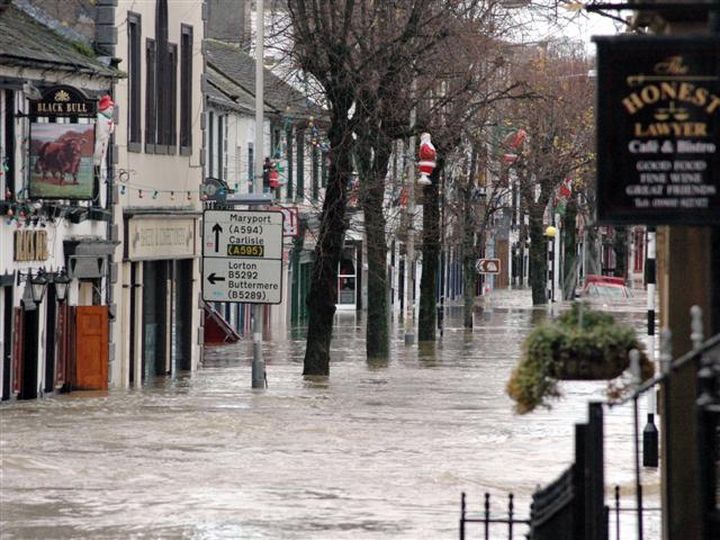 Flooding in the town of Cockermouth, Cumbria in 2009. Image credit: Flickr/University of Salford

Notwithstanding such negative press, the prevailing view remains: mitigation plays a critical role in keeping residents safe, businesses in operation, and infrastructure working whenever a flood occurs – or would occur, if no defenses were present. This importance is also recognized by the U.K. Government, and is central to the mandate of its flood reinsurance scheme, Flood Re. It is, in fact, the first of the three pillars supporting Flood Re’s mission to enable a risk-reflective, yet affordable private flood insurance market:

Since its inception in 2016, RMS has been collaborating closely with Flood Re on all three of these areas – making the latest flood risk modeling science and technology available through its award-winning Europe Inland Flood High-Definition (HD) Model, investigating the impact of location-level flood mitigation packages, and, most recently, quantifying the value of existing flood defenses across the U.K.

Measuring the Benefits of Something That Didn’t Happen

As the success of defenses is determined by the absence of something (namely, flooding), it is impossible to effectively measure their value based on historical data alone. Nevertheless, the ability to quantify the risk reductions they achieve is key in order to motivate, prioritize and justify continued investment in flood risk mitigation.

It is also of topical importance, as the U.K. Government is due to carry out a comprehensive spending review, and the Environment Agency (EA), responsible for managing flood risk across England, has just opened its National Flood and Coastal Erosion Risk Management Strategy for England for public consultation. Both represent significant milestones in determining the scale and prioritization of investments in flood defenses across the country over the coming years and decades.

The need for such investment is clear: The EA estimates that more than £45 billion of spending on flood defenses will be required until 2065 in order to “simply” prevent a rise in flood risk over this timeframe, once climate change and exposure increases have been accounted for. Further investments will be needed in order to effectively reduce flood risk, rather than preventing an increase. The scale of the task underscores the importance of ensuring reliable analytics are available to justify and prioritize spending.

In order to quantify the value which existing river flood defenses are already providing, RMS used its Europe Inland Flood HD Model in combination with the RMS Economic Exposure Database (EED) for the U.K. The model incorporates data on the location and standard of protection of defenses from the EA and the Scottish Flood Defense Asset Database (SFDAD), as well as from an extensive review by RMS experts.

By analyzing the impact of thousands of simulated flood events, with and without defenses, RMS was able to measure how much larger flood losses across the U.K. would be in the absence of defenses. The result is striking: Without any defenses, average annual losses from flooding would be £1.1 billion higher across the U.K. – corresponding to more than a 150 percent increase in inland flood losses from both fluvial (riverine) and pluvial (surface water) sources.[1] Losses from Desmond, for example, could have been £2.2 billion higher if no defenses had been in place.

Looking Beyond the Headline Metric

While annual loss reductions of £1.1 billion are a powerful demonstration of the overall value provided by flood defenses, it is important to look beyond this headline number and consider variations in the impact of defenses when making strategic investment decisions on flood protection.

Where and for which type of events are flood defenses most effective? What level of protection can and should be achieved – both from a strategic and financial point of view? How might this “target standard” vary across different locations? How does the capacity to absorb the same nominal amount of loss – or insurance premium – vary across different socioeconomic groups, and what does this mean for the impact that the same reduction in losses can achieve across these groups? How many more households might be able to afford flood insurance as a result of investments in flood mitigation? All of these considerations can – and should – play a critical role in defining, and financing, the role of flood defenses within a broader risk management strategy.

For example, the analysis shows that while absolute savings tend to be highest for the most severe events, the size of these savings actually tends to be least significant when viewed in relation to the overall loss these events cause: River flood defenses prevent close to 70 percent of inland flood losses for a 1-in-5 year event, but “only” 30 percent at the 500-year return period – which falls beyond the standard of protection of many defenses.

The impact of defenses also varies across socioeconomic groups: The most deprived[2] half of the U.K. population benefits from nearly 70 percent of the total average annual savings – possibly due to the fact that deprived areas tend to be concentrated in large cities, which currently also benefit from some of the highest standards of flood protection. 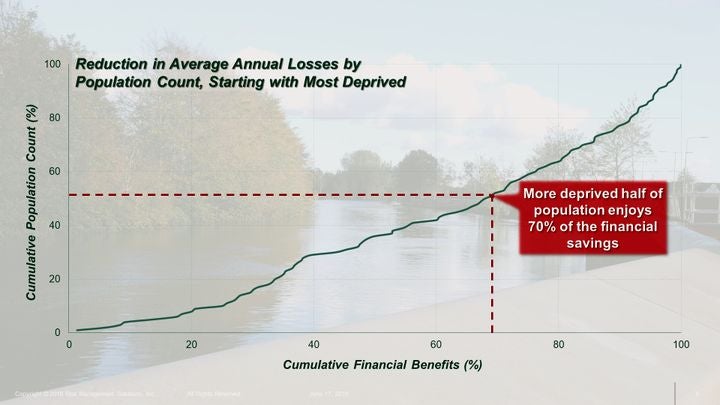 Across the U.K., RMS and Flood Re estimate that existing flood defenses have reduced the number of households with unaffordable flood premiums by up to 90 percent – highlighting the crucial role of defenses in Flood Re’s mission, as Dermot Kehoe, Communications and Transition Director at Flood Re says: “Flood Re will only be existence for the next 20 years and this research shows just how vital it is that investment in flood defenses is maintained in the future so that householders will not need to live in fear of flooding after Flood Re has gone.”

The value of existing flood defenses in reducing risk, ensuring affordability of sustainable, risk-based insurance premiums, and ultimately protecting lives and livelihoods is clear. The RMS analysis commissioned by Flood Re has, for the first time, quantified this value in financial terms.

Determining how this value can best be upheld, extended, and optimized through investment in defenses going forward requires careful further analysis on the cost-benefit which individual mitigation options can provide, both in financial and socioeconomic terms. Coastal flooding, as well as the increasing threat of climate change and development in flood-prone areas, are additional important considerations which need to be accounted for. The study on river defenses provides a robust analytical framework for these extensions – but only once they are implemented the full value of flood defenses, today and in the future, can be understood and associated investments optimized.

[1] The analysis accounts for reductions in damage to building structure and contents, as well as lower business interruption impacts to businesses, across residential, commercial and agricultural assets; and prior to consideration of existing insurance coverage.

[2] Measured by the Townsend Deprivation Index, available from the UK Data Service at https://www.statistics.digitalresources.jisc.ac.uk/dataset/uk-2011-census-postcode-headcounts-and-households-including-deprivation-ranks-individual 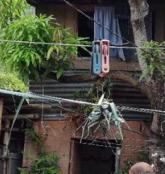 Impact Trek: How to Make Millions of Homes More Resilient

Theresa is a consultant in the RMS Capital and Resilience Solutions group, leading a range of projects in the team’s advisory function. Her work focuses on working with a range of private and public sector clients across the globe, to help them quantify, communicate and effectively manage catastrophe risk through a variety of innovative risk mitigation and transfer measures.

Her responsibilities include leading bespoke probabilistic hazard and loss assessments as well as the design, evaluation and optimization of custom risk transfer products. In addition, Theresa oversees the execution of catastrophe bond risk analyses, re-modeling and market commentary.

Theresa holds a master's degree in Mathematics from Cambridge University.