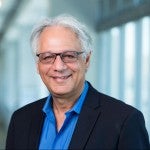 Thirty years ago, the Mw6.9 Loma Prieta Earthquake struck the San Francisco Bay Area. When looking back at disasters, it is always particularly relevant to understand the moment in time impacted. The Loma Prieta Earthquake struck on Tuesday, October 17, 1989 at 5:04 p.m. local time, but it was no ordinary Tuesday afternoon. Game Three of the Major League Baseball 1989 World Series was to start at 5:35 p.m. between the two Bay Area teams: the Oakland Athletics and the San Francisco Giants.

Typically, 5:04 p.m. would represent the height of rush hour in the Bay Area, but because of the game a significant component of the workforce had left work early or had stayed late to watch it. While 63 lives were lost, this loss level was much lower than it might have been given the level of damage that impacted highways across the region including the failures of the Nimitz Freeway and the San Francisco–Oakland Bay Bridge.

I was at Stanford University in the Terman Engineering Building studying when the earthquake struck. The Stanford campus made up of numerous historical buildings saw substantial damage. In all, more than 200 structures were impacted. The restoration of the damage took more than a decade to fix and cost Stanford more than US$160 million. Classes were canceled for more than a week. Students were locked out of damaged buildings which meant they could not access their research samples, data and equipment. Adding to the stress were the innumerable aftershocks. For those of us studying engineering, it really brought home the importance of our work.

Examination of the damage across the San Francisco Bay Area shows a snapshot in time of the building stock and of the building performance. The event occurred on the San Andreas Fault approximately 10 miles northeast of Santa Cruz, CA, and more than 50 miles away from either San Francisco or Oakland. But the effects were devastating in these two major Bay Area cities in large part because of the soil amplification and widespread liquefaction in areas of highly saturated unconsolidated soils.

Liquefaction damage was notable in the Marina district of San Francisco where more than 100 buildings collapsed. A ruptured natural gas main resulted in a large structural fire that was highlighted in the media coverage. In Downtown Santa Cruz, an area comprised of numerous historical buildings including unreinforced masonry structures, there were 40 building failures and six fatalities in this event.

The earthquake caused significant damages throughout the entire San Francisco Bay Area resulting in an estimated US$6 billion in economic losses and over US$900 million in insured losses at the time of the event.

Figure 1: Development in the years following the 1989 Loma Prieta event has concentrated heavily in the area between the San Andreas and Hayward faults. (Sources: USGS and RMS Exposure Source Database).

The San Francisco Bay Area exposure at risk to earthquakes in 1989 was very different from what it is today. In 2017 the Bay Area represented the 19th largest economy in the world with a GDP of US$748 billion, and has seen a population increase of nearly 35 percent. Bay Area GDP growth outpaces that of the entire U.S., led by a healthy high-tech sector that shows no signs of slowing. And with the population growth, there has been extensive expansion and upgrades to property and infrastructure exposures.

If an event like the Loma Prieta Earthquake was to strike the Bay Area again today, the damages could be astronomical. A new paper available to RMS clients explores several “what-if” scenarios using the latest RMS® United States Earthquake Model, which incorporates a high-fidelity version of the USGS Uniform Earthquake Rupture Forecast Model Version 3 to quantify earthquake risk in California.

The report examines a series of events similar to the Loma Prieta Earthquake occurring on faults around the region. These events are analyzed against the expanded exposure we see in the region today. In this way, we examine this moment in time to help build an understanding of how to manage earthquake risk in the San Francisco Bay Area today for events similar to Loma Prieta.

There are several interesting observations to be made by examining the scenarios analyzed as discussed in the report. First and foremost, there is the insurance protection gap, particularly for residential exposures, indicated by the dramatic difference between the economic property losses and those incurred by the insurance industry. There is a very large segment of the property at risk in the San Francisco Bay Area that is not protected by earthquake coverage. This should be an important wake-up call with regards to future events in the San Francisco Bay Area.

Loma Prieta served as a test bed for the RMS RiskLink Earthquake model suite that would eventually serve the (re)insurance industry for the next 30 years.

1989 was a special year for RMS as it was the year of our founding spun out of a Stanford University student project. Loma Prieta served as a test bed for the RMS RiskLink Earthquake model suite that would eventually serve the (re)insurance industry for the next 30 years. 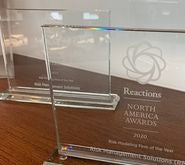 Eliminate FOMO (Fear Of Missing Out) – join us at Exceedance

RMS is rolling out the biggest pipeline of products in our history this year, with no signs of slowing in 2017. It is vital that our customers can quickly adopt and then benefit from a great user experience with these solutions, to make a positive impact within their businesses. It’s this combination of explaining new model developments and the ways to adopt new views of risk that we will be focusing on in 60+ sessions at Exceedance. Even if you know what’s coming up with RMS from a high-level perspective, with a team of over fifty scientists and modelers at Exceedance, we will help to place everything together – perils, regions, and deployment – to benefit everyone within a team managing risk. To illustrate, let’s just take three of the main perils that we will cover and list some of the highlights: We will open the books on the science behind the 2017 North America Earthquake Model update, and share insight into the scope of enhancements across all model components. We explore the implementation of new maps such as the latest U.S. National Seismic Hazard maps, soil modeling and soil amplification through to geotechnical and vulnerability changes. We will also provide details around our updated liquefaction model through to business interruption and the effect of earthquake sub-perils, such as fire-following and sprinkler leakage. Research driving the next RMS North Atlantic Hurricane Models update will also be revealed. Learn about the latest insights into the next RMS Medium-Term Rates (MTRs) forecast as we discuss our research in the context of current views within the scientific community. We will also discuss the work RMS is doing to better understand forecast sensitivities and to validate the MTRs ahead of the 2017 model update. And from the U.S., Asia to Europe, it’s the complete picture at Exceedance, starting from flood peril model fundamentals, including event generation and vulnerability modeling through to the data products they inform, such as flood maps and peril rating databases. Our solutions for managing North American and European flood risk will be explained, such as using high-resolution hazard maps and data for better pricing and portfolio management, plus many new developments, such as tackling industrial flood risk, flood defenses and real-time climate hazard modeling advances. There is much more to share, so look at our agenda and I hope you can join us at Exceedance.…

Mohsen is the senior executive for RMS’ models and data products, as well as the Chief Risk Modeling Officer. He leads a global team of scientists, engineers, and product managers responsible for the development and delivery of all RMS catastrophe models and data.

During his 20 years at RMS, Mohsen has been the passionate and hands-on leader of the largest and most global team of catastrophe modeling professionals in the industry across over two dozens fields of study. He is the publisher of the RMS Horizons series of modeling papers, has authored numerous scientific publications, leads many research collaborations throughout the world, and is a frequent speaker at scientific and risk management industry events.