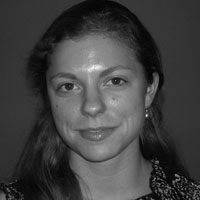 The transformation of large, complex, and monolithic applications to a cloud microservices architecture is no easy feat. The launch of Risk Modeler 2.0 – an innovative modeling application, offering one-of-a-kind proposition to catastrophe risk modelers and to all stakeholders in the (re)insurance industry – on the open, modular, and unified platform, Risk Intelligence™, reflects the culmination of eight years of evolution and commitment from RMS. A commitment to clients. And a commitment from clients.

Risk Modeler 2.0 will be available to our customers in June 2020, offering our core version 18.0 and 18.1 RiskLink and Specialty models. Between June and September, we will also be making available 7 HD models. In addition to the U.S. Inland Flood and U.S. Wildfire HD models, we’ll be adding the following models in Risk Modeler 2.0.

Risk Modeler’s enhancements extend beyond the features customers will notice. We have rearchitected Risk Modeler that allows engineering teams to make frequent, small releases that accelerates access to the latest models, as shown in Figure 1.

What makes the release of Risk Modeler 2.0 different? Two words: Occam’s Razor. William of Ockham, a fourteenth century philosopher and theologian proposed a problem-solving principle that states, “… the simplest solution is most likely the right one.” Simplest, in this context, means choosing the solution with the fewest assumptions. Software solutions are ever-increasing in size and complexity as the requirements of application solutions also expand. Complexity introduces uncertainty, and higher uncertainty means greater risk; the greater the risk, the higher the probability of failure.

The tech industry has many examples where the principle of Occam’s Razor might have been abandoned. Microsoft Windows 8 sticks in the collective memory of the technology community. Launched in 2012, its Metro interface introduced a new, modern structure for users who had grown up on Windows, to work on and achieve a wide range of tasks. It worked fine on touchscreens using the company’s Surface tablets, but on laptops and desktops it left users out in the open ocean with no way to get back to shore.

In the earlier versions of Risk Modeler, we made a number of workflow changes to optimize specific tasks. However, some of these early assumptions generated a level of change complexity that was too much for some of our clients, many of whom had developed long-standing practices and tools based on 30 years of RMS catastrophe management solutions.

We heard and listened, and for Risk Modeler, we took the lessons of Occam’s Razor to heart. In fact, over 400 users provided feedback to validate, enhance and simplify the model execution and risk analytics workflows in Risk Modeler 2.0 through live demo sessions, hands on workshops and a preview program where customers test the system for weeks.

The feedback helped us find ways to eliminate retraining for our existing users and unify our model engines. Enter a multi-phased project, ambitious in scope, that would first require building a cloud-based platform architected around an open standard. Next, re-organize and improve the design of the user interface. The result: a powerful modeling application, delivering innovative new functionality, with an intuitive and familiar look and feel, as shown in Figure 2.

In making these interface improvements, the application experience aligns with RMS existing users’ modeling workflows. RMS knows how users engage with their modeling products since these users have been doing it for three decades with the on-premise modeling applications, RiskLink and RiskBrowser. This is a shift that removes assumptions and uncertainty and favors simplicity over complexity. The transformation of Risk Modeler 2.0 captures the familiar experience embedded in user practices, so its clients can leap forward and benefit from all the advantages that the cloud has to offer.

To really explore Risk Modeler 2.0 and Risk Intelligence, please join us at the Exceedance 2020 Virtual Event (May 4-7) with many sessions – that allow you to understand why these solutions really represent the true migration of models to the Cloud.

Find out more by clicking here. 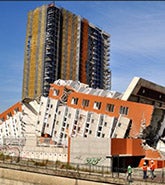 Alisha is the Director, Product Management, responsible for the RMS modeling application, Risk Modeler. Alisha brings more than 10 years of experience managing software application product pipelines across private and public sectors to RMS. Alisha oversaw operations for robotic engineering projects at NASA and was instrumental in designing Kaiser Permanente’s IT Clinical Call Center application. She holds a master’s degree in Information Systems and bachelor’s in Economics from Santa Clara University.