While England was enduring its second lockdown during November 2020, and with the other three countries within the United Kingdom following similar measures, there was a corresponding decrease in case numbers. So, when a large cluster of cases emerged in southeastern England during this lockdown period, focused on the county of Kent, epidemiologists took special notice and a scientific investigation was instigated.

Forensic epidemiology requires the skills of a detective. One focus area was schools; they remained open during the lockdown, and there was a shift in the overall distribution of the virus toward children compared to the rest of the population. Cases in Kent were rising, so was this just a consequence of the schools remaining open? Examining other areas of the U.K. with open schools, case numbers were falling. Genomics provided the crucial scientific insight that the underlying cause was less obvious and far more worrying.

As befits a world leader in genomics, the U.K. has established the COVID-19 Genomics U.K. (COG-UK) consortium, which includes the Sanger Institute (named after double Nobel laureate, Fred Sanger, the father of DNA sequencing). As high a proportion as 10 percent of all U.K. COVID-19 cases are subject to viral genome sequencing. If there were to be a dangerous variant of SARS-CoV-2, the best chance of early discovery would be in the U.K., which has done 45 percent of all SARS-CoV-2 sequencing. By mid-November 2020, COG-UK had passed the milestone of sequencing 100,000 SARS-CoV-2 genomes.

Analysis revealed a large proportion of cases belonging to a single phylogenetic cluster sharing the same lineage, suggesting that the cases originated from just a single person in Kent in September 2020. Such an individual may have suffered a chronic illness and have reduced immunocompetence. Prolonged individual infection might allow the virus to accumulate mutations and evade the immune system.

A pandemic poses the ultimate global systemic risk. A single infected person can serve as an unwitting reservoir for a new variant of a virus that can spread around the world. More than 40 countries have moved to ban arrivals from the U.K. During late December 2020, the media and the scientific community turned to Kent as the epicenter of a new infection source, much like the initial focus on Wuhan, China at the start of the pandemic.

Viruses mutate constantly, and there have been numerous mutations of SARS-CoV-2, indicating that the virus is under selective pressure. The multiple mutations of this new variant, known as B.1.1.7, increase transmissibility significantly, giving it an evolutionary advantage over other mutations of SARS-CoV-2. The new variant does not appear to cause more serious illness. But with existing social distancing measures, the reproductive number R can be increased by 0.4 to 0.7. This sizeable change makes it very much harder to drive R below 1 without additional and more substantial social distancing measures, such as school closures. The increased susceptibility of under 20-year-olds to the new variant is evidenced by the cluster of school cases in Kent, which was the first clue to B.1.1.7.

Immediately, the existence of a significantly more transmissible variant of COVID-19 was confirmed by the U.K.’s New and Emerging Respiratory Virus Threats Advisory Group (NERVTAG). The U.K. government moved swiftly on December 20 to impose the highest-level (Tier 4) social distancing restrictions on southeastern England, and adjacent regions. So great is the transmission advantage of the new variant that on January 4, 2021, further measures were taken, and England was locked down for the third time, with similar measures applied by Northern Ireland, Scotland, and Wales.

Other countries are stepping up surveillance for the new variant, but most European countries only sequence about 1 percent of COVID-19 cases. According to NERVTAG member Neil Ferguson, professor at Imperial College, London, who was the primary adviser on the pioneering RMS® Pandemic Model in 2007, the variant had already spread across Europe by December 2020.

History shows that most pandemics have second waves and that these often are caused by viral mutations, which can originate anywhere. Another more transmissible variant has emerged in South Africa, known as 501.V2, which shares a key receptor binding domain mutation with the U.K. variant. COVID-19 deaths in South Africa doubled in the two weeks at the end of 2020. This South African variant has mutated even more than the U.K. variant, and there are concerns that it could evade attack by antibodies.

Highly adaptive viruses need to be countered by highly adaptive vaccine technology. Fortunately, the innovative “plug-and-play” Pfizer-BioNTech, Moderna, and Oxford AstraZeneca vaccines have flexibility and speed, allowing for on-demand response to the emergence of any variants that might happen to escape the antibodies generated by the vaccines.

The emergence of significantly more transmissible variants of SARS-CoV-2 is a salutary reminder to risk analysts that a lockdown coronavirus pandemic might have happened earlier in the 21st century. More transmissible dangerous variants of SARS in 2003 or MERS in 2015 could have evolved. If the western world had paid more attention to these earlier coronavirus near misses, then preparedness in 2020 for SARS-CoV-2 would have been greater. 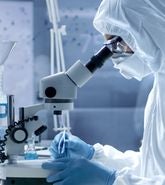 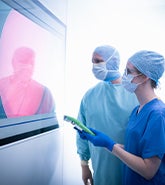 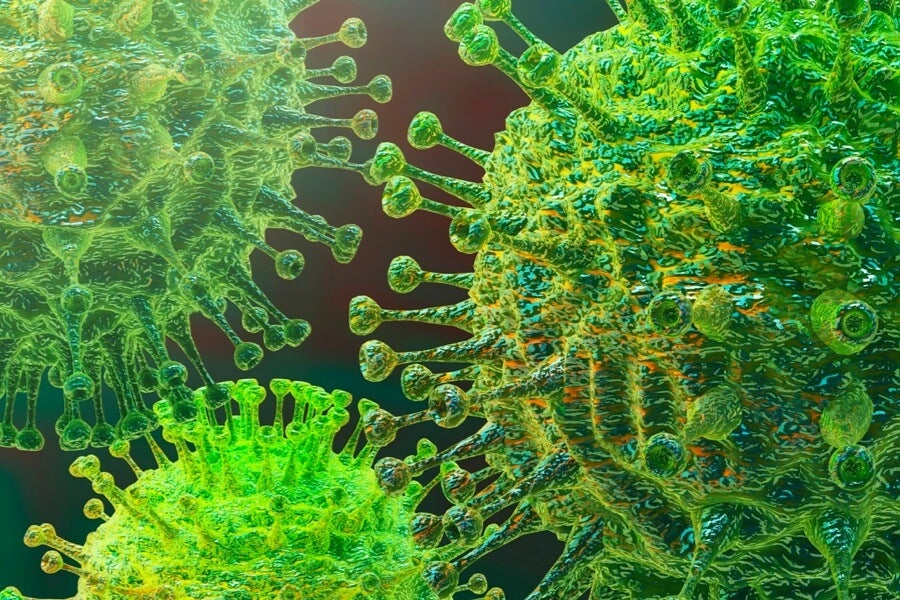 Stay informed about the COVID-19 pandemic and its…