With June 1 heralding the official start of the 2022 North Atlantic hurricane season, Tropical Storm Alex already on the scoreboard, and eight hurricane landfalls in the last two seasons, the question on everyone’s mind is: Will the 2022 North Atlantic hurricane season be as impactful and costly as both 2020 and 2021? And for the Western North Pacific: Will this year yet again be close to the long-term average in terms of the number of storms?

We have recently issued an executive summary of the RMS® 2022 Northern Hemisphere Tropical Cyclone Outlook report, which includes a review of North Atlantic and Western North Pacific seasonal forecasts for this year and the key drivers of those forecasts.

Even though 2021 was the third most-active North Atlantic hurricane season on record, in terms of the number of named storms, it will be remembered by insurers for just one event: Hurricane Ida. It looks likely that Ida will be one of the costliest hurricanes on record.

Observed insured losses for Ida to date are in line with the RMS estimated range of between US$31 billion and US$44 billion. To put this into context, the total loss from Ida alone exceeds the total loss caused by the six hurricanes that made landfall in the U.S. in 2020.

The main meteorological forecast agencies and groups have now issued their initial hurricane season forecasts, and RMS has analyzed their predictions. Forecasts indicate overall that 2022 is likely to be another above-average hurricane season.

The U.S. National Oceanic and Atmospheric Administration (NOAA) has forecast 14 to 21 named storms, of which six to 10 are expected to become hurricanes and three to six are expected to become major hurricanes (Category 3 or stronger). Outlooks from other meteorological forecast agencies and groups are broadly in line with the guidance issued by NOAA in calling for an above-average season.

If these current forecasts prove right, 2022 would be a record seventh consecutive above-normal season, extending the current ongoing record of six seasons dating back to 2016.

Not all hurricanes make landfall, but long-term statistics indicate that the probability of a hurricane making landfall in the U.S. increases during more-active seasons. Landfall forecasts from Colorado State University (CSU) anticipate a 76 percent probability of at least one major hurricane making landfall in the U.S. this season. Tropical Storm Risk (TSR) forecasts two hurricanes and four tropical storms to make landfall over the contiguous U.S. in 2022.

It is also worth remembering that climatologically, tropical cyclone activity in the North Atlantic Basin peaks during the period between mid-August and late October. Some forecasting groups will issue a revised forecast in early August to reflect the increased certainty in the meteorological and oceanic variables. So, what are the major factors driving hurricane risk for this season?

The forecasts of an above-average season reflect the influence of several key seasonal oceanic and meteorological factors, including the El Niño-Southern Oscillation (ENSO), sea surface temperatures (SST) in the tropical Atlantic, and the Atlantic Multidecadal Oscillation (AMO), or Atlantic Multidecadal Variability (AMV) as it has been more commonly referred to in recent literature.

A large proportion of the uncertainty associated with seasonal hurricane activity forecasts can be attributed to the uncertainty about which ENSO phase will materialize during the peak months of the hurricane season. For a more detailed explanation of ENSO, how it was discovered, and how it works, take a look at this RMS blog.

For 2022, most forecasts favor cooler La Niña conditions, and in the absence of influence from any other atmospheric or oceanic conditions and all other factors remaining equal, this would generally result in slightly above-average tropical activity in the North Atlantic Basin.

Another key factor is the AMO/AMV, which is a mode of natural climate variability that results in 25-to-40-year periods of increased or suppressed hurricane activity in the North Atlantic. In its positive (warm) phase, with SST anomalously warm, this is conducive to increased hurricane activity in the basin. The opposite impacts are associated with its negative (cool) phase.

According to NOAA, the AMO/AMV has been in a positive (warm) phase since 1995, which is representative of a high-activity era. Current model predictions indicate that SST anomalies in the tropical Atlantic are warmer, which typically enhances tropical activity by providing increased energy and moisture to the environment.

The number of storms that intensify into major hurricanes is noticeably greater during warm rather than cool phases – at least twice as many.

There are other factors, such as the North Atlantic Oscillation (NAO), the Madden-Julian Oscillation (MJO), and the Saharan Air Layer (SAL), that can influence tropical cyclone activity on a weekly or monthly basis but are difficult to forecast at seasonal timescales.

In 2021, we expanded our outlook report to cover seasonal forecasts in the Asia-Pacific region, and this year’s report also includes the latest forecast of Western North Pacific typhoon activity for 2022.

Cool-neutral or La Niña ENSO conditions and associated factors could result in slightly less overall activity for the basin. SST across the Western North Pacific Basin are expected to be near or above average between July and November, with warmer SST typically enhancing tropical activity by providing increased energy and moisture to the environment.

It takes just one major event to turn a season – as we saw with Hurricane Ida last year. As a trusted partner, RMS is ready once again to inform critical business processes with reliable information and analytics during the year’s most challenging events, including through data supplied to our cloud-native applications such as RMS ExposureIQ™. 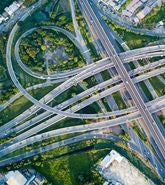 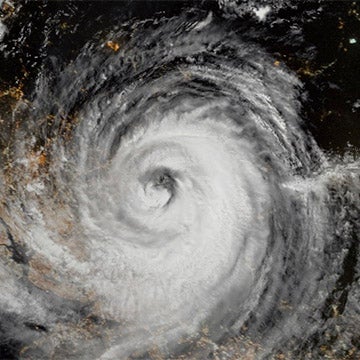