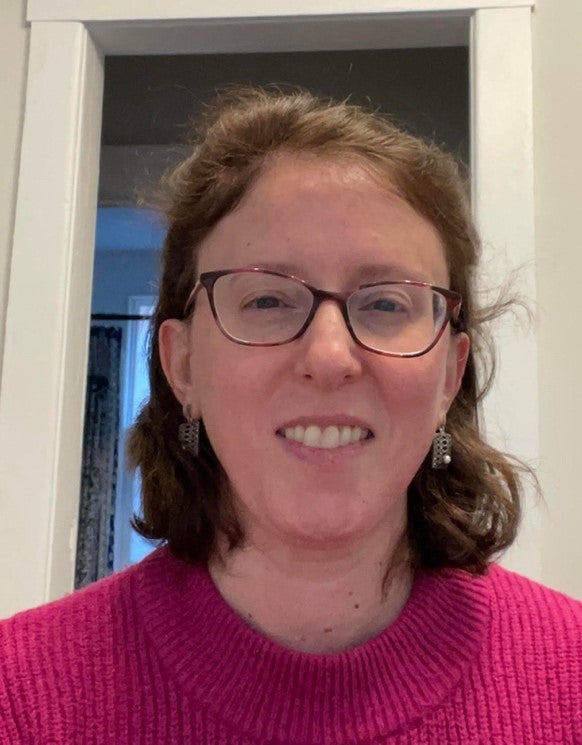 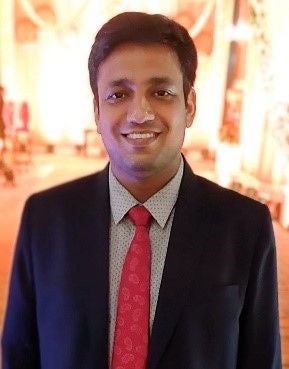 Southern Brazil was impacted by drought conditions during the 2021–22 growing season, which resulted in harvest failures for major cash crops such as soybean, first-season corn, and wheat. This delivered both significant losses for the insurance industry and a year-on-year reduction in Brazil’s agricultural GDP by eight percent in the first quarter of 2022.

What were the main factors driving these losses, how often can we expect such conditions, and what might we expect in forthcoming years?

Crop production in Brazil is particularly sensitive to meteorological changes driven by the El Niño-Southern Oscillation (ENSO) in the eastern tropical Pacific Ocean. And as seen during 2021–22, southern Brazil is more likely to experience drought conditions during an ENSO cooling phase, also called a La Niña phase (Figure 1).

Factors including global climate change and ongoing Amazon deforestation are also contributing to the warming and drying trends in the region, making droughts both more likely and more severe. Looking ahead, forecast sea surface temperatures in the eastern Pacific Ocean suggest that this La Niña phase will continue well into 2023, giving the potential for another season of reduced harvests for soybean and corn in Brazil’s south.

In the 2021­–22 southern Brazil growing season, the abnormally hot and dry conditions that impacted soybean and first-season corn (grown from November to March) were influenced by the current La Niña, which began at the end of 2020.

Soybean farmers in southern Brazil account for roughly half of the nation’s production. Most Brazilian agriculture is rain-fed. (Only around 13 percent of cropland was equipped for irrigation in 2020.)

So, farms were hit with especially high rates of crop failures and 11.4 percent less production overall than in the previous cropping season. In Rio Grande do Sul, the southernmost state, 56 percent of the soybean harvest was lost, with more than 195,000 farms reporting production losses.

RMS® studied the weather patterns of the 2021–22 cropping season in Brazil using daily 25-kilometer gridded radiation, precipitation, temperature, and evapotranspiration data for the current year relative to historical climatology from 1980–2018.1  All historical weather data was quality checked and bias corrected in-house at RMS.

The abnormally high temperatures and low precipitation in the current year contributed to increases in evapotranspiration and daily heat stress experienced by the crops (Figure 2). Precipitation was more than 50 percent below normal in the midseason months of December 2021 and January 2022.

Daily maximum temperatures were more than two degrees Celsius above normal from December to February in many parts of Rio Grande do Sul, Santa Catarina, Paraná, and southern Mato Grosso do Sul (see Figure 2).

In addition, long-term trends toward warming and more intense but less frequent precipitation (with a higher proportion of runoff) also exacerbated low soil moisture conditions. In fact, the 2021–22 growing season for soybean in southern Brazil showed the highest number of dry days with zero precipitation from planting to harvest since 1980.

In contrast, the total amount of seasonal precipitation in 2021–22 was below normal but still within the range of historical variability (Figure 3). Comparing seasonal water demand (i.e., reference evapotranspiration) to total precipitation in the 2021–22 season, the overall atmospheric water demand exceeded supply by around 25 percent, which was the second-highest ratio in the historical reference period and far above the average in just La Niña years.

Next, the gridded historical weather data was used to calculate multi-peril crop insurance (MPCI) losses using the RMS® Brazil Agricultural Model, with exposure assumed to follow the soybean growing areas for all of Brazil.

State-level average annual loss costs (AALC) were estimated for soybean during the historical reference period. Loss cost anomalies for 2021–22 were also calculated relative to the AALC for all years and for La Niña years only.

As seen in Figure 4, the modeled loss costs in southern states during 2021–22 are substantially higher than their long-term mean values (about five standard deviations higher in Santa Catarina and Paraná), which is in line with reported observations from government statistics and reinsurers.

The losses for southern states in 2021–22 were also substantially higher than the mean historical loss costs in La Niña years only. This suggests that the 2021–22 drought during the cropping season in southern Brazil was indeed a rare occurrence, as captured by the RMS Brazil Agricultural Model.

The RMS Brazil Agricultural Model is also capable of modeling losses for simulated stochastic weather years to present a full view of risk at the portfolio level at crop, state, and municipality resolutions. Figure 5 shows the variation and range in the loss ratio of a pseudo-portfolio for soybean (growing areas in Figure 4b) across multivariate ENSO index (MEI) values from –4 (La Niña) to 4 (El Niño).

This shows that La Niña years (negative MEI) are particularly problematic for portfolios with southern-state exposures, with loss ratios up to two times higher than neutral for the most severe La Niña events, albeit with large uncertainties. Yet even within the range and variation of simulated stochastic weather across ENSO states, this year’s loss costs were indeed anomalous, at nearly three times what is expected for neutral conditions.

Interestingly, despite drought conditions around planting in January and February 2022, the second season, or “safrinha,” corn (which currently represents around 75 percent of national production in Brazil) is expected to have record national production levels this year. This is due to both high yields and the highest rate of deforestation area expansion since 2008 (which in turn is related to globally high grain prices and new export agreements with China).

Most of this production occurs in the central region of the country, and with area expansion into intact forests, this again exacerbates warming and drying trends in downwind areas. Thereby, this increases the likelihood and severity of future droughts in southern Brazil.2

As discussed in this blog, the RMS Brazil Agricultural Model can provide (re)insurers with in-depth analysis and insight into their agriculture portfolio risk across the spectrum of seasonal weather conditions and in the face of increasingly extreme weather expected across the globe. With state-of-the-art climate and crop science embedded in the methodology, the RMS model can add significant value to risk assessment capabilities of relevant organizations. 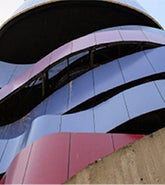 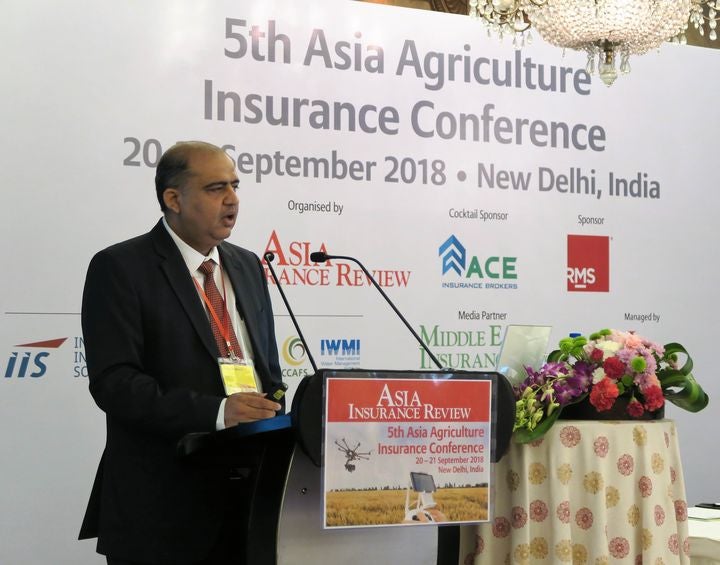 Coming Together to Build a Resilient India Agriculture Insurance Sector … 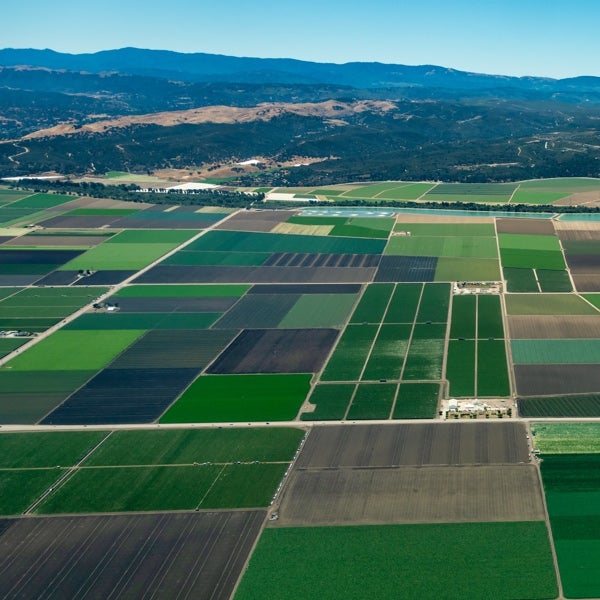 Navin leads the Emerging Risk model development team since March 2021, and is responsible for the development and deployment of risk models and products in a variety of areas including longevity risk, casualty, infectious disease and pandemic risk, terrorism and political risk, business interruption, supply chain, liability risk, agriculture risk and systemic risk.

Prior to this role, he was the head of agriculture risk products at RMS and led the property natural catastrophe vulnerability development team in the RMS London office for over 14 years, covering models in Europe and Asia-Pacific including Australia.

Prior to joining RMS, Navin worked as a geo-seismic engineer with over nine years of consulting experience with Arup in London and Hong Kong. He has received his master's (First Class) in engineering and a Ph.D. in seismic engineering from the University of Cambridge. He is a Chartered Engineer with the Institution of Civil Engineers in London, a Member of the American Society of Civil Engineers, and a certified catastrophe risk analyst.

Sharon joined RMS in May 2022 to help lead agricultural model development activities. She formerly worked at the U.S. National Institute of Standards and Technology, developing models to better separate biospheric and anthropogenic signals of carbon dioxide in the atmosphere. Sharon has also worked at the International Center for Tropical Agriculture (CIAT) in Cali, Colombia, where she led the crop and climate modeling group focused on improving decision support for agriculture in the region.

She holds a Ph.D. in Environmental Engineering from the University of Michigan and has completed a post-doc at Stanford University in climate change and agriculture.

Ashutosh has been working in the catastrophe risk modeling industry for the last 5 years, in a research and development role at RMS examining emerging risks related to climate and agriculture.

He completed his masters degree in Climate Science from the Indian Institute of Science, Bengaluru, and earned his B.E. (Honours) in Mechanical Engineering from the Birla Institute of Technology and Science in Pilani (India).