Severe Thunderstorm Risk: What You Don’t Know Can Hurt You

Are you using experience based rating to underwrite severe thunderstorm risk?

Many use this approach in North America, but if you do, you could be missing out on the full loss picture for this complex peril. Though tornado and hail are responsible for a major part of the annual insured loss, straight-line winds and lightning can also contribute to a material portion.

More importantly, recent trends in industry claims practices, event severity, and exposure concentration have indicated that the risk landscape is changing, suggesting that past hazard and loss patterns may not be reflective of those in the future.

Let’s take a close look at these trends.

From a Claims Perspective

Claims have been increasingly inflated and more severe in recent years, particularly in high-risk areas. RMS analysis of over $5 billion in new claims data has shown that the average size of a residential claim has increased over 9% per year from 1998 to 2012. Commercial claims have also increased around 9% per annum, while automobile claims have increased by 2%. These increases may not be captured solely by analyzing past hazard and loss patterns, hindering underwriters’ efforts to develop effective pricing practices.

From a Hazard Perspective

Similarly, events such as the 2010 Phoenix, AZ hailstorm, the 2011 Tuscaloosa, AL outbreak, and the 2013 Moore, OK tornado are redefining the way the industry sees tail risk. Such extreme events and their corresponding losses demonstrate the shortcomings inherent to using historical experience as the sole foundation for a view of thunderstorm risk.

From an Exposure Perspective

More people are living in high-risk regions like the Great Plains, the Midwest, and the Southeast, increasing the amount of insured exposure at risk. From 2007 to 2012, high-risk states like Oklahoma, Nebraska, and Kansas exhibited some of the largest increases in direct premiums written. With increasing exposure comes an increased likelihood of impact from severe weather, especially in high risk areas, making it imperative to understand the risk holistically, not just in large population centers. Relying on experience based rating alone will make it difficult to estimate losses in rural or newly developed areas, as such areas generate limited historical records.

Do these trends have a material impact on the North American catastrophe risk landscape? Absolutely; the impact is clear if we look at the annual loss numbers.

In the U.S., average annual losses from severe thunderstorms are second only to hurricanes, causing over $10 billion in insured losses each year since 2003. In fact, losses driven by tornado, hail, and straight-line wind collectively contributed to more than one-third of U.S. annual insured losses between 1993 and 2012.

Where Can We Go from Here?

Historical experience, while important, may not be sufficient for fully understanding severe thunderstorm risk. Relying solely on this data could lead to poor underwriting practices, misinformed pricing decisions, and ineffective portfolio management. For a more complete picture, it is necessary to add a probabilistic element to the historical analysis, so you can estimate thunderstorm risk anywhere in the country (not just population centers), and differentiate the risk accurately across regions, lines of business, and risk characteristics.

What has been your experience with estimating severe thunderstorm risk? 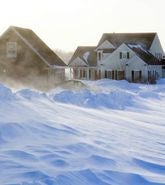 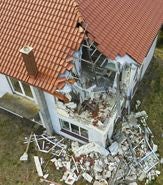