Just under ten years ago, as the global financial crisis was unfolding, the book The Black Swan emerged as the most quoted critique of the financial modeling for rare events. The author, Nassim Taleb — the poster boy of sceptics — asserted that these could not be imagined, let alone predicted. Over the past decade, whenever an unmodeled catastrophe has occurred, such as the magnitude 9 earthquake and tsunami that struck Tohoku, Japan on March 11, 2011, catastrophe risk modelers have been reminded of these elusive “black swans”.

Ever since the publication of The Black Swan, I have challenged myself to develop a framework within which such events might be imagined. The solution lies in reimagining history. Since Copernicus, we no longer perceive the Earth as being specially located in the universe. Yet, the anthropocentric viewpoint has maintained that the historical past is somehow special, rather than being just one realization of what might have happened. Most events have either happened before, almost happened before, or might have happened before.

Mark Twain observed that “History doesn’t repeat itself, but it does rhyme.” The 2011 Tohoku earthquake was not the repeat of the 869 Sanriku earthquake, but it was similar in respect of its tsunami footprint. Instead of treating past events as fixed, they can be simulated stochastically, to generate counterfactual scenarios. This process of stochastically simulating past events can be undertaken for all perils, natural and man-made.

A study of counterfactual risk analysis was commissioned by Trevor Maynard, head of innovation at Lloyd’s. The outcome is a Lloyd’s report, which has just been featured in The Economist. This report introduces the concept of the downward counterfactual — an alternative version of history, where things turned for the worse. To give a cyber risk example, if the WannaCry ransomware virus had been spread before the Microsoft patch in March 2017, the global economic loss might have been an order of magnitude higher.

The Berkeley development psychologist, Alison Gopnik, has observed that children pretend so much because they are learning so much. We need the imagination of children to learn more about “black swans”. Reimagining history is an important new lesson for the insurance industry. 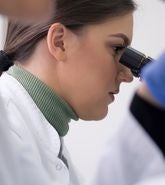 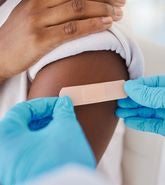