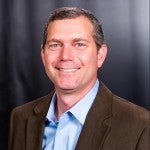 On September 19, the Mw7.1 “Puebla” earthquake struck Mexico City and surrounding states, causing the most fatalities (369) and damage of any temblor since the Michoacán event in 1985. The Mexican government has not yet published overall economic or insured loss tallies, but six days after the earthquake RMS publicly released an estimate of economic property losses between US$4 billion to US$8 billion and no more than US$1.2 billion in insured property losses.

To better understand the impact of this event, RMS sent a reconnaissance team to the affected region from October 1 to October 6. The RMS team spent most of the trip surveying sites in Mexico City but also visited Cuernavaca, Puebla de Zaragoza, and other cities in the states of Morelos and Puebla that were closer to the epicenter than the capital (Figure 1). This blog shares some of the key observations made by the RMS team. 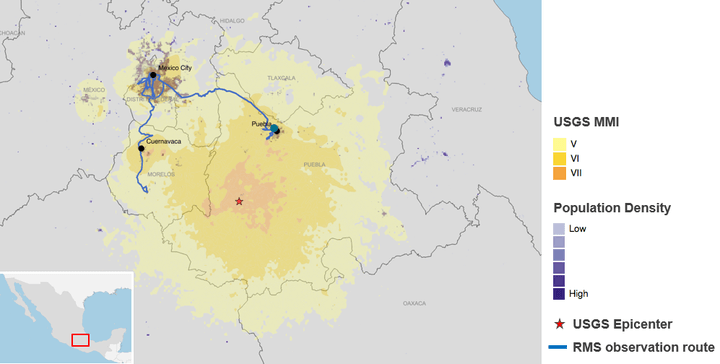 The earthquake caused the heaviest impacts in Mexico City, where 228 people died and more than 10,000 buildings were damaged, despite the epicenter being nearly 75 miles (120 kilometers) away. Besides the capital having a concentration of people and property, much of the city, including many of its historic neighborhoods, also sits on former lake beds and is underlain by deep deposits of soft soils that form what is known as the Mexico City Basin. The basin significantly amplifies and lengthens the duration of seismic ground motions. Preliminary reports following the earthquake indicate that the largest recorded ground motion amplifications occurred along the western edge of the Mexico City Basin for building periods roughly between one and two seconds. This finding is consistent with government data showing the locations of the most severely damaged buildings in Mexico City. 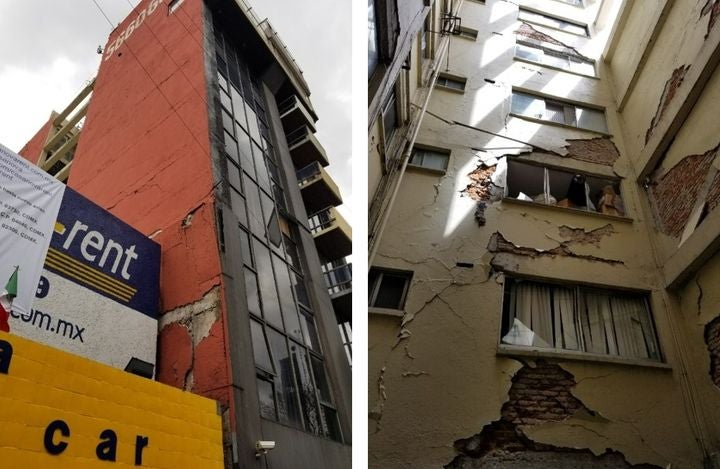 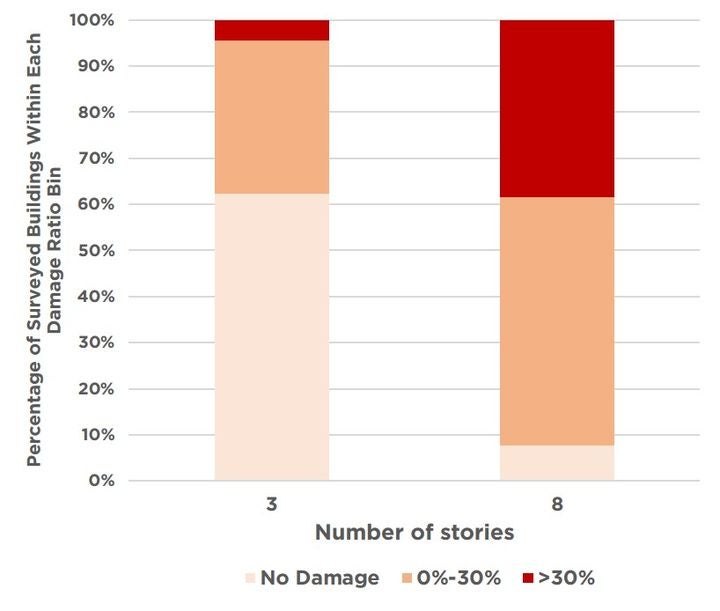 Figure 3: Rate of damage of surveyed three-story and eight-story buildings in Mexico City.

The RMS team also observed other important recurring themes linked to the damage within Mexico City:

(ii) RC columns with waffle or flat slabs with URM infill, or

Each of these structural systems has inherent seismic vulnerabilities unless special care is taken in their seismic designs. Nevertheless, the first two structural systems are still widely used in new construction in Mexico City, especially for mid-rise buildings. 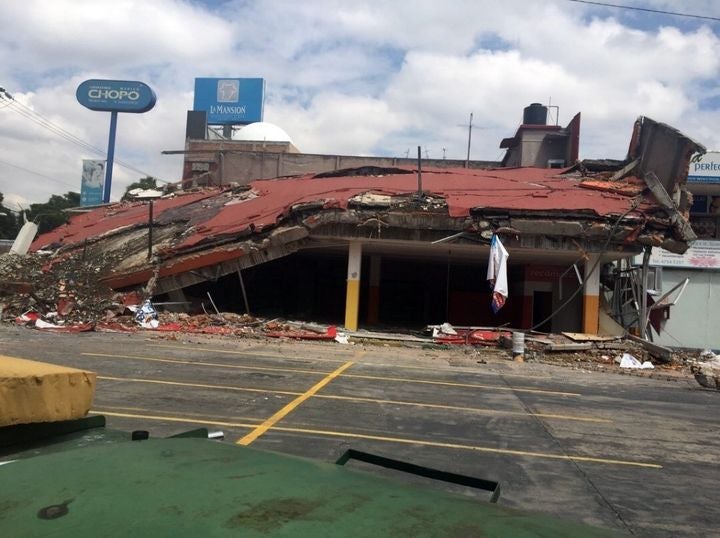 Outside of Mexico City, the RMS team observed a wide range of damage levels within the visited cities. Overall damage levels were low in the city of Puebla de Zaragoza, the state capital of Puebla. In Puebla de Zaragoza, the team observed damage at historical churches and other buildings, and a regional hospital which sustained heavy damage was closed for repairs. In contrast, Jojutla de Juárez, a small city in the state of Morelos, experienced widespread damage in a six block by four block area of downtown. The zone was cordoned off at the time of the team’s visit, and all buildings within the zone, whether they had sustained damage or not, were closed.

A full report summarizing the reconnaissance team’s findings is available for RMS clients on RMS Owl. 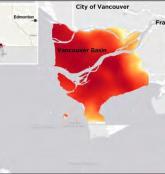 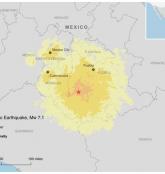 Justin is a senior product manager in the Model Product Management team, focusing on RMS Latin America, Caribbean and Canada earthquake models. He supports the product definition and change management activities for updates to these models. Prior to RMS, Justin managed engineering and research projects focused on community resilience to earthquakes for GeoHazards International, and he has experience conducting site-specific seismic evaluations of existing buildings. Justin is a registered civil engineer in the state of California and holds a bachelor's degree in structural engineering from the University of California, San Diego, a master's degree in structural engineering from the University of California, Berkeley, and a post-graduate diploma from the London School of Journalism. Justin is a member of the Earthquake Engineering Research Institute.