Japan continues to assess the extent of the damage caused by Typhoon Hagibis, which made landfall near the Izu Peninsula in Shizuoka Prefecture on Saturday, October 12. Current reports state that at least 66 people have been killed, dozens of people are missing, and hundreds are injured. At this time, the worst impacted prefectures include Nagano, Saitama, Shizuoka, and Fukushima.

However, the full extent of the damage is not expected to be known for several days as rescue operations and official damage assessments continue – rescuers cannot reach some areas due to high water levels. The Japanese Prime Minister, Shinzo Abe, stated that there is no plan to slow rescue operations, with around 13,000 police, 66,000 firefighters and 31,000 Self-Defense Forces personnel involved. The numbers of structures and properties affected is predicted to rise.

Hagibis brought record-breaking rainfall to parts of Japan: the town of Hakone, in Kanagawa Prefecture (pop. ~13,000), a mountainous, hot springs resort, recorded a total of 922.5 mm (36.3 inches) in a 24-hour period during October 11-12 (JST, UTC+9). This surpasses the previous daily precipitation total record of 851.5 mm set in Kochi Prefecture during Typhoon Ma-on in July 2011, to earn Hagibis the title as the wettest typhoon to impact Japan since records began.

The intense rainfall triggered localized flash flooding and caused dozens of rivers in central and eastern Honshu to swell; several rivers reached record levels. Levees failed at 51 locations along 37 rivers, and there were 150 other instances of rivers overtopping their banks. Emergency water discharges were performed at several dams across central Honshu as a preventive measure to protect properties adjacent to the dam’s reservoirs. Mudslides were widespread with a total of 146 mudslides reported in 19 of the country’s 47 prefectures, according to Japan’s Fire and Disaster Management Agency (FDMA).

The floodwaters have inundated almost 10,000 structures, according to a preliminary impact assessment report issued by the FDMA on October 15; an additional 1,000 structures are partially damaged or destroyed. The flooding could worsen in the coming days with forecasters warning of additional rainfall in some of the worst affected areas.

More than 230,000 people were evacuated before the storm, as emergency orders were issued for cities around the greater Tokyo area. 128,000 households are without water across 12 prefectures and Tokyo Electric Power (TEPCO) reported that more than 50,000 households remain without power in Tokyo and neighboring prefectures. At one point, that figure was nearly 500,000. Cell phone communications and telephone lines have also been widely disrupted.

There was significant disruption to transport with more than 2,500 flights cancelled, and train services in the Tokyo region suspended. The East Japan Railway Company confirmed that ten Shinkansen “bullet” trains totaling 120 carriages and worth ¥32.8 billion (US$303 million) sustained damaged after the train yard in Nagano they were housed in was inundated by floodwater.

A temporary storage depot at the Fukushima No. 1 nuclear power plant was inundated by floodwater and an unconfirmed number of bags with decontaminated waste linked to the 2011 Tohoku earthquake and tsunami were swept into the nearby Furumichi River. Approximately six one ton bags of waste have been recovered so far. According to officials, the incident does not pose a risk to the public.

Hagibis forced the cancellation of three games at the Rugby World Cup, and led to the postponement of qualifying for the Formula 1 Japanese Grand Prix, which was held on Sunday morning, ahead of the race.

With many areas still flooded, rescue and reconstruction efforts are continuing around the clock in difficult conditions, and RMS will ensure clients are updated on the latest situation with regular updates via RMS OWL. 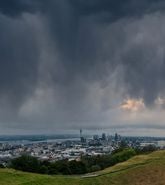 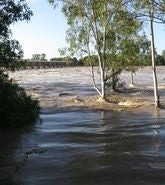