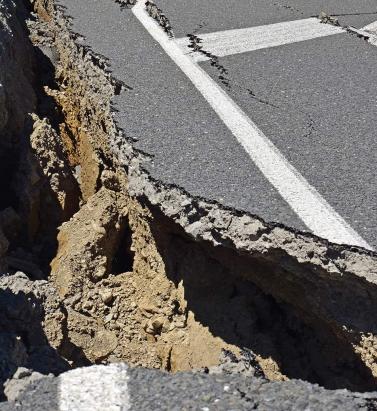 Speed of change around homeowners insurance is gathering pace as insurers move to differential pricing models New Zealand’s insurance sector is undergoing fundamental change as the impact of the NZ$40 billion (US$27 billion) Canterbury Earthquake and more recent Kaikōura disaster spur efforts to create a more sustainable, risk-reflective marketplace. In 2018, EXPOSURE examined risk-based pricing in the region following Tower Insurance’s decision to adopt such an approach to achieve a “fairer and more equitable way of pricing risk.” Since then, IAG, the country’s largest general insurer, has followed suit, with properties in higher-risk areas forecast to see premium hikes, while it also adopts “a conservative approach” to providing insurance in peril-prone areas. “Insurance, unsurprisingly, is now a mainstream topic across virtually every media channel in New Zealand,” says Michael Drayton, a consultant at RMS. “There has been a huge shift in how homeowners insurance is viewed, and it will take time to adjust to the introduction of risk-based pricing.” Another market-changing development is the move by the country’s Earthquake Commission (EQC) to increase the first layer of buildings’ insurance cover it provides from NZ$100,000 to NZ$150,000 (US$68,000 to US$101,000), while lowering contents cover from NZ$20,000 (US$13,500) to zero. These changes come into force in July 2019. Modeling the average annual loss (AAL) impact of these changes based on the updated RMS New Zealand Earthquake Industry Exposure Database shows the private sector will see a marginal increase in the amount of risk it takes on as the AAL increase from the contents exit outweighs the decrease from the buildings cover hike. These findings have contributed greatly to the debate around the relationship between buildings and contents cover. One major issue the market has been addressing is its ability to accurately estimate sums insured. According to Drayton, recent events have seen three separate spikes around exposure estimates. “The first spike occurred in the aftermath of the Christchurch Earthquake,” he explains, “when there was much debate about commercial building values and limits, and confusion relating to sums insured and replacement values. “The second occurred with the move away from open-ended replacement policies in favor of sums insured for residential properties. “Now that the EQC has removed contents cover, we are seeing another spike as the private market broaches uncertainty around content-related replacement values. “There is very much an education process taking place across New Zealand’s insurance industry,” Drayton concludes. “There are multiple lessons being learned in a very short period of time. Evolution at this pace inevitably results in growing pains, but if it is to achieve a sustainable insurance market it must push on through.”